When you think of Slow Cooker Pork, it’s easy to think of the pulled variety that gets sandwiched into Buns or Tacos - but there’s so much more you can do with the other white Meat. Whether in Roasts, Stews, or even a shareable Rack of Ribs, Pork is incredibly versatile and offers another alternative to Beef.

The Best Cuts of Pork For Slow-Cooking

Loin : This Cut is best prepared as a classic roast. Add a deboned Loin to your Slow Cooker with Apples, Pears, Onions, Stuffing, or whatever you fancy. Cook on high for three to four hours or on low for six to eight hours.

Ribs: Baby Back Ribs are technically bone-in Loin, but the preparation is different enough that we consider it a different Cut. Coat the Ribs in plenty of barbecue Sauce, cover, and cook for nine to 10 hours on low for fall-off-the-bone tender Meat.

Shoulder : This Cut of Meat is incredibly versatile, particularly for Stews or shredded Meats as it becomes tender after hours of slow cooking. For barbecue Pulled Pork, we recommend using a four- to five-pound boneless Pork Shoulder, seasoned generously with your favourite barbecue Spices like Chili Powder, Brown Sugar, and Garlic.

Slow-cook for six to eight hours on high or eight to 10 hours on low, with a cup of Chicken Broth or Stock. Strain and shred and add barbecue Sauce just before serving.

Tenderloin : Since this is the leanest Cut of Pork, keep a watchful eye on it so it doesn’t dry out. Try it with Spices or marinating it with Red Wine, Lemon Juice, or even a Brown Sugar/Soy Sauce mixture. Pork Tenderloin should be cooked on high for three to four hours or until the centre reaches 145°F.

A few notes about slow-cooking Pork :

Preparation time 15 mins
Cooking time 4 hrs
Pork and Apples is a classic combination, and the Meat is all the more tender when slow cooked for four hours. Serve with Greens for a complete, healthy meal
Click here for Pork Tenderloin, Fresh Chicken Stock
Slow Cooker Ribs 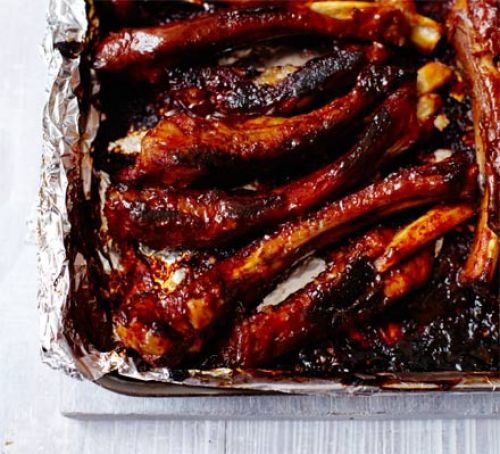 Preparation time 10 mins
Cooking time 8 - 9.5 hrs
Slow cooking is the perfect way to get tender melt-in-the-mouth Pork Ribs, simply throw everything in the slow cooker, then finish off in the oven.
Click here for Rack of Pork Ribs
Slow Cooker Pork Loin

Preparation time 10 mins
Cooking time 10 hrs
Pork Loin or Shoulder slow cooked in an incredible Honey Butter Sauce! I love the way the Pork soaks up the flavour of the Sauce - and how it only requires 5 ingredients!
Click here for Boneless Loin of Pork, Shoulder of Pork, Pork Boston Butt
Asian-Style Pulled Pork

Preparation time 10 mins
Cooking time 6 hrs
Whether cooked in the oven or slow cooker, this Asian-Style Pulled Pork recipe is definitely worth the wait. Full of flavour and served with Bao Buns this is the perfect Pulled Pork meal for sharing
Click here for Shoulder of Pork
Slow Cooker Pork Shoulder

Preparation time 10 mins
Cooking time 6 hrs
Ever wondered how to make easy Pulled Pork? This recipe blends together the deceptively simple mix of Herbs so you can learn how to make Pulled Pork that make your tastebuds dance.
Click here for Pork Boston Butt
Slow Cooker Pork & Apple Meatballs